Xenos originated during the so-called "Jesus Movement" of the late 60's and early 70's. Like many groups originating at that time, Xenos leaders were fascinated by the concept of underground Christianity. An underground church, in our view, would dispense with all features of church life born of tradition, and would go back to the primitive Christianity of the book of Acts. Such a body would meet both in large meetings and in homes (Acts. 2:46; 20:20), and spread primarily by multiplication of home groups, rather than by large, auditorium-based meetings delivered by professionals. 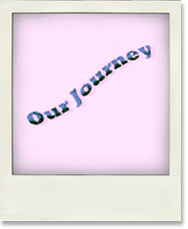 The key to an underground approach is not finding the hottest preacher, the best worship bands, or producing the best dramatic productions and facilities. Instead, the key becomes personal discipleship and equipping, leading to many qualified lay leaders capable of planting new groups. Although an underground approach would see nothing wrong with "above ground" approaches like big seekers' meetings, these would not be at the center of church life or growth. In fact, an underground group could dispense with all large meetings and still advance, just like the house church in China has done for the past fifty years.

That's why Xenos had no facility or staff for the first decade of our existence. The church didn't even have a budget or a bank account until we were approaching a thousand people! We didn't move into our own auditorium facility until 1997. 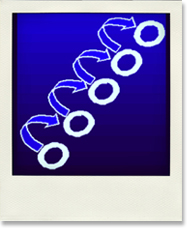 Not a Professional Church Planting Movement

Numerous denominations in the US are engaged in church planting under the professional model. According to this approach, a seminary graduate is hired by an existing church to plant a new church. They gather funds, rent a facility, train a worship team (usually from existing area churches) and launch the church on a Sunday morning. Such a plant contains certain assumptions from the beginning such as what a church needs as a minimum for beginning. The need for adequate funding limits the number of plants underway at any given time. The funding usually also drives the expectations for masters-level training of planting pastors. The professional model also normally prevents team leaderships, because small, new churches can only afford one pro. 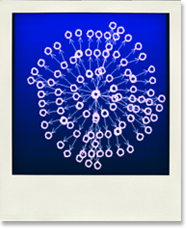 Xenos church planting is based on all-volunteer leadership teams. These teams of leaders serve as "tentmakers" earning their livings at secular careers. They are trained locally while practicing ministry and working at careers. They develop the core of their new home church within another home church in the area. When they plant a new group, they take along a number of fellow members from the original group, some of whom are already partially trained. They meet in a home and immediately begin building toward their own church plant, normally three years later.

Many churches today are pursuing a cell church model based roughly on the Korean model advanced by Paul Yonggi Cho and popularized in America by Karl George, Dale Galloway, and Ralph Neighbor under the title, "Meta-church" and "cell church." 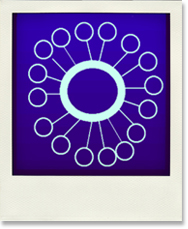 While this approach is similar to ours in many ways, key differences make us feel the approach is fundamentally dissimilar. Mainly, the training given leaders is very brief (typically six months observation as an assistant leader, and one to eight classes) and the expectations on leaders are very low. Leaders of such cell groups might be only a year old in the Lord and have little theological sophistication or ministry experience. We also wonder how mature such young leaders could be. The result of this approach are that the groups are not capable of carrying on their ministry independently. They do not have the expertise to pastor, counsel, teach, and disciple their members. We think they are also too small to constitute a viable community (typically 6 to 12 members). As a result, they are completely dependent on the center for their existence and well-being.

Xenos home churches are larger (15-60 members) and have a wider scope of ministry than meta-church small groups. They teach scripture, they pastor and counsel their members, they marry, bury, practice church discipline, and otherwise carry on all the functions

that a normal church would. They also have their own leadership training program made up of some combination of cell groups and individual discipleship.

Typical Xenos home church leaders have spent three to six years serving in a home church while being mentored and coached by more experienced leaders before leading their own group. The central leadership (elders and staff) assist the home churches' leadership development program with a series of classes. Our classroom leadership training takes a minimum of two years to complete, and consists of 70 graded classroom sessions, each of three hours, with homework and tests. This training is well below seminary level, but far above what most groups provide for their leaders. Finally, because home churches are larger and constitute more responsibility than cell groups, each home church is led by a team of leaders, rather than a single person or couple. Creating balanced leadership teams greatly slows the rate of church planting at Xenos, but we believe the benefits are worth the hassle.