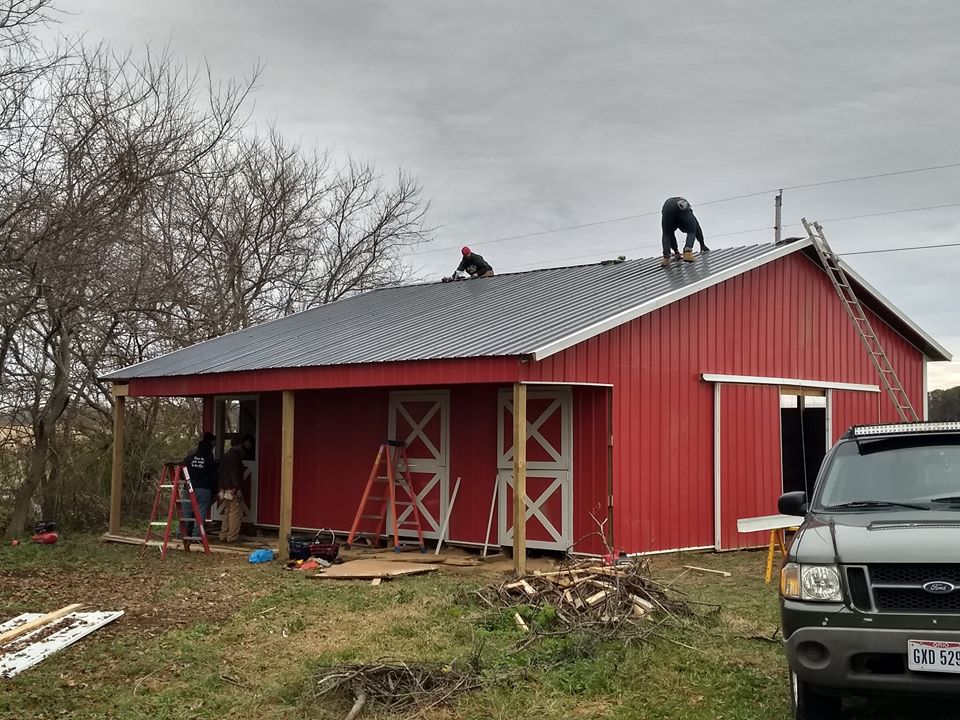 It hasn’t been the typical barn-raising—a skilled crew putting up a barn in a matter of days. But a group of folks from Xenos is celebrating the completion of a months-long labor of Christ’s love for the family of a deployed soldier.

A crew of workers from Xenos—some skilled in construction and some not—has been putting up a barn in Stoutsville, about an hour south of Columbus. A man there had purchased materials for the barn but was then deployed. Without their efforts, the materials likely would have gone to waste. Today a 30’ x 32’ pole barn stands, thanks to the crew’s work over several months.

Doug Patch says he first heard about the need from a man named Jason. Xenos members have been serving Jason and his family since May, mowing his lawn and taking care of other needs at his house. While in Kuwait Jason emailed Doug about Jake, the deployed soldier who had the unfinished barn materials. Jason asked Doug if there was anything folks in Xenos could do to help Jake and his family, knowing it was a huge project and big “ask.” 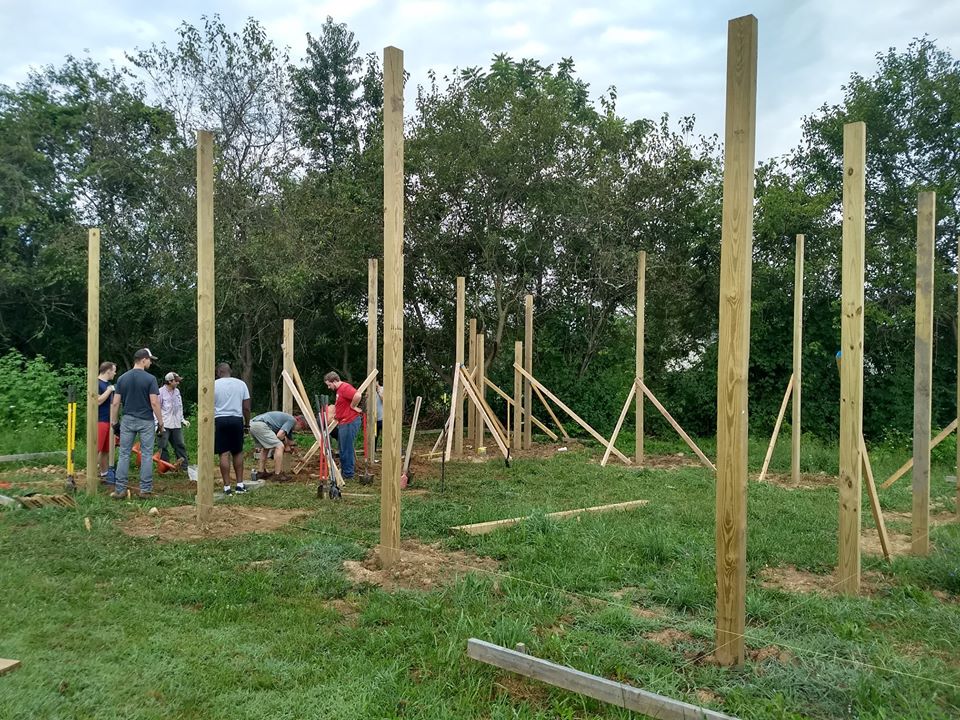 Doug talked with a few people from Xenos, including Phil Yensel and Steve McNabb, who had construction experience, and together they went to Stoutsville to scope out the situation. There they spoke with Jake’s father-in-law (who had started the project) about the feasibility of the job, and Doug and Phil started to recruit volunteers.

In late July volunteers started working on the barn. Early each Saturday morning since then 5 to 10 people from Xenos have been making the trip from Columbus to Stoutsville, working on constructing the barn. Doug says it has been a massive job, digging and setting support poles, lifting pre-built roof trusses, fastening those trusses, and many other physically demanding tasks. Former contractor Dave Merker also joined Phil and Steve in contributing his expertise to keep the project moving. 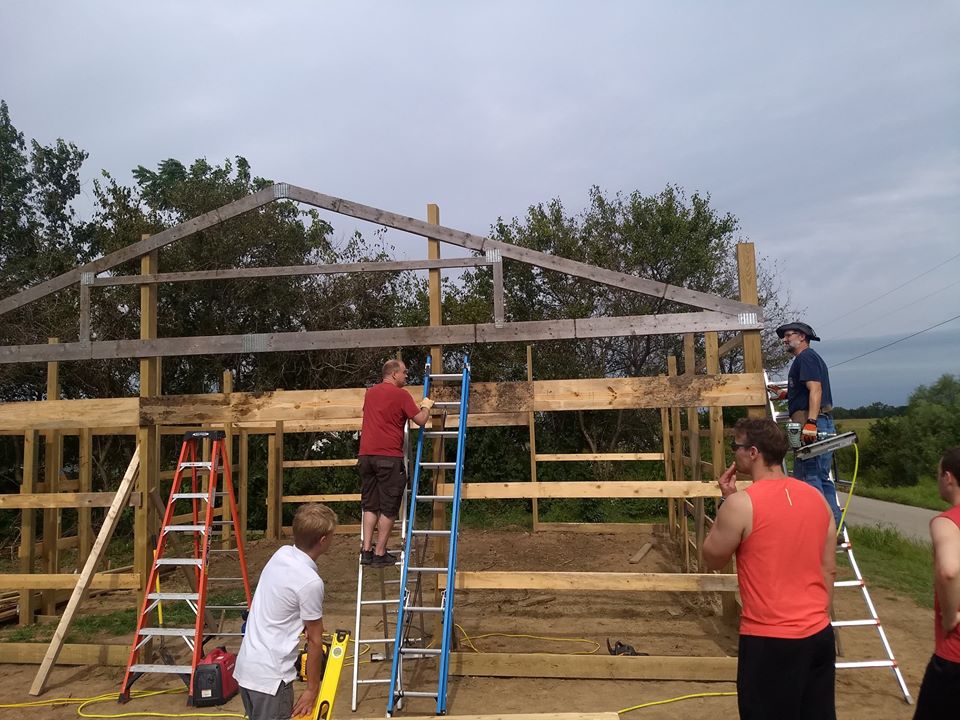 Despite the time invested and the hard work, Doug says it has been wonderful to be a part of, getting to serve a family whose husband and father is serving us by his military commitments. “Among the volunteers there is an appreciation for the sacrifice that military personnel make on our behalf. Whether stationed abroad or deployed or here at home, I think most people appreciate the sacrifice--and the sacrifice for the spouse and family when the husband or wife is deployed.”

Doug says their works are done in the name of “adorning the Gospel” (Titus 2:10), drawing people’s attention to Christ’s love, which is a message they have communicated to Jake’s family.

With work on the barn wrapped up, Doug says they don’t need volunteers for this project, but he says there are other opportunities to serve military families. Xenos’ military ministry would like to grow its pool of volunteers to serve families of deployed soldiers. If you’d like to be a part, or just learn more, send an email to ssp.xenos@gmail.com.