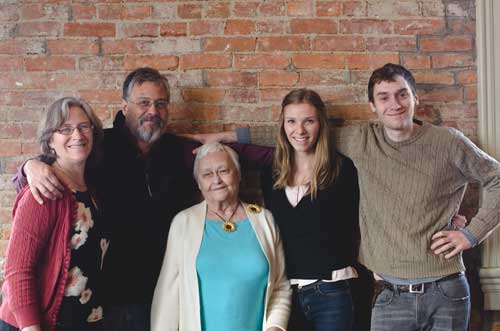 Jim Leffel has been involved with Xenos for 40 years now. He's a sphere leader, a long-time home group leader, and a CT and class teacher.

Jim came to Xenos - then called the Fish House - in the early 70's because of his brother and sister. Jim is proof that persistence in evangelism matters, "I did not become a Christian until 1976, but the witness of the Spirit through my siblings kept me coming back. When I was ready, I knew just where to turn."

Jim has been impressed with the commitment to genuine community that he sees at Xenos, "It's like what Paul describes in Colossians 2:2, being 'knit together in love.' I've been around a lot of Christian groups over the years and I've not found anything like Xenos. And it's not a self-serving closeness, but a fellowship with the outward purpose of representing Christ to our peers and throughout the world."

There are many favorite experiences that Jim can name from the last 40 years - his daughter Amy's baptism, the crowded auditoriums at XSI, the old warehouse building and fellowhip-wide retreats at Frontier Ranch. "What brings it all together for me is sitting around a not really swimmable pool in Haiti in the early evening, sipping a semi-cold, not very good, Haitian lager with a group of friends drenched in sweat from a hard day's work serving the poorest of the poor, but grinning from ear to ear for the privilege of changing the landscape of eternity. Give it all. Get it all. It doesn't get any better than that!"

As for what he does in his spare time, Jim answers, "What spare time? My golf clubs have dust on them. My motorcycle still has last year's plates on it. I read a lot and have the amazing opportunity to represent this fellowship in ever-expanding circles around the world. I get to be included in a group of servant leaders that I don't deserve to be numbered among."