Behind the Scenes Servant: Catherine Gilbert

Catherine Gilbert still clearly remembers the first time she attended a corporate prayer meeting. In the mid-'80s, she had recently given her life to Christ in a Xenos home group when she heard about people getting together on a Saturday morning to pray for missionary work. "It was really cool because they'd talk about what was going on in different countries," Catherine says. Those monthly missions prayer meetings gave her a vision for what God was doing around the world and how she could help. And they laid the groundwork for a burden that lasted long after that particular monthly meeting fizzled out. Decades later, Catherine and her husband Ken are among the most dedicated prayer warriors in Xenos.

"Catherine was in the first home group I went to in 1987, and I remember being amazed at her diligence and perseverance in prayer," says Julie Geiger, one of Catherine's home church leaders. "We were in different groups for almost 25 years until Catherine and Ken joined our home group a few years ago. It was encouraging to see that her zeal for prayer has only deepened in the years since we were last in home group together. It's cool to see how Ken and Catherine have together embraced this important ministry."

The Gilberts consistently participate in about 10 reoccurring prayer meetings. They attend a home church prayer group and a sphere-wide prayer session for the Lowery sphere. They attend monthly prayer meetings for missionary work in locations such as Ireland, Eastern Europe and Southeast Asia as well as prayer support groups for various individual missionary families. The Gilberts even crash the Patch sphere's monthly Prayer Concert despite not being part of that sphere. 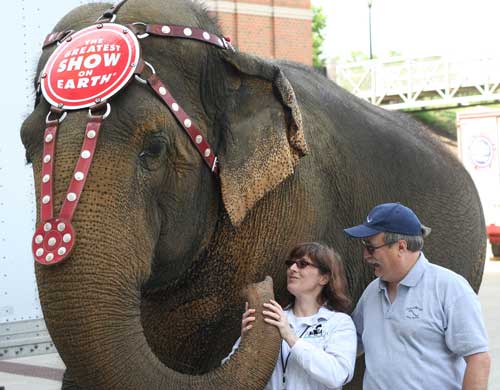 "What I've noticed is extraordinary passion for prayer," Doug Patch says. "Personally, I also am built up by their monthly attendance at our sphere's Prayer Concert. The extraordinary emphasis on the power of prayer that is described in scripture stirs me to believe that they accomplish a great deal in advancing the Kingdom."

Debbie Berry, who is in home church with the Gilberts, agrees with Doug's assessment. "The Gilberts are involved in corporate prayer meetings for our home church, our central teaching and for missions groups," Debbie says. "The most amazing part is that they have been consistent for years! They take their commitments seriously and see their involvement in prayer groups as valuable ministry, which indeed it is."

Catherine has been encouraged many times to keep praying. She remembers one person in particular who received Christ after 10 years of prayer support from a prayer group, and there are surely many more she doesn't even know about.

But beyond yielding a major harvest in terms of rescuing souls and establishing churches, Catherine has noticed a major impact in her own life. "As we became consistent, we built friendships with the people we prayed with," she says, noting how her various prayer groups have become bastions of stability in her life during times of trial. She speaks with fondness about growing close with the missionaries she has spent years of her life supporting in prayer.

Catherine says her deep investment in corporate prayer has encouraged and built up her individual prayer life. Her attitude becomes more positive after praying with fellow Christians, and her expectations for what God can do grow more radical. "In group prayer, you hear about things getting answered," she says. "I think to myself, 'If God did this, what am I not praying that He might do?'" And when the inevitable ruts in her personal time with God come along, she often sees a turnaround after spending time praying alongside others. "I don't always remember to pray for the things we've prayed about in the groups throughout the month, but when I have a weekend with three prayer meetings, my personal prayer is stronger as a result of that," Catherine says. "I'm not great at remembering to pray for everything, but I know where to go to get kickstarted."