Behind the Scenes Servant: Bob Graham

This is the first in a series about people lovingly serving outside the spotlight at Xenos. 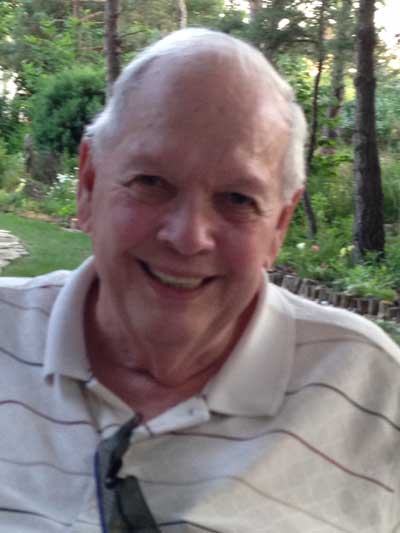 Bob Graham is the kind of guy who'll tell you he loves you the first time he ever speaks to you, and he really seems to mean it. His actions through the years have certainly demonstrated it. Bob has been serving in Xenos for more than two decades, both co-leading and hosting a home church and helping people break free from drug abuse and alcoholism in the Never Alone ministry. Those who’ve served alongside him insist he’s the kind of man who merits recognition.

“Bob is a man that God has transformed into a wise, humble, and compassionate blessing to many people,” explains Paul Alexander, one of Bob’s sphere leaders. “He has faithfully offered his retirement to God, hosting and leading home church, leading in the Never Alone ministry, and mentoring several men. His example is inspiring.” Bob’s home church co-leader Rosy Talarzyk adds, “He got sober and started to walk with the Lord late in life, and when he realized his personal relationship with Christ, he took it quite seriously.”

David Bostic remembers Bob helping him through the aftermath of a DUI. Nine years later, David is one of three co-leaders in the process of taking over the Never Alone ministry from Bob: “It's like he knows I could take over, like a child who knows how to walk but their balance isn't quite there yet. Bob is ready to catch and correct when necessary.” David is impressed by Bob’s knowledge of scripture, his relentless encouragement, and his readiness to drop everything to help out his friends. “Not only is he ready to drive you home and out of his way, Bob is willing to give you a few bucks for your needs,” David says. “His investments are in the Lord and he is yielding high returns. There never seems to be a limit of where he will not give.”

Jenny Johnson, one of the other co-leaders taking over Never Alone, says Bob used to check on her when she first started coming to Never Alone 15 years ago. Even though he wasn’t leading the ministry yet, his encouragement and biblical wisdom stood out. Jenny says God has used to Bob to grow Never Alone into a successful ministry where scores of people have found Jesus and gotten sober: “Never Alone is way more than a recovery meeting because of him. He has created an ethos of love and compassion for the lost. He has built and maintained discipleship or ‘sponsor’ relationships with many men. And he is the one everyone goes to for wisdom and advice.”

Jenny says she’s learned a lot from Bob: “I have learned what it really means to be in recovery and live out my life that way. Either directly, or through my involvement in Never Alone, I have learned to live a life that puts God at the center — in dependence on him, living life one day at a time, knowing God will take care of the worries of tomorrow. And in practical terms, I have learned what it looks like to help people struggling with addiction. It’s not easy, and many people try and fail to get sober. I did that myself a number of times. And serving and leading in this ministry requires perseverance, compassion and grace.”

She adds, “There are three of us taking on the leadership of the ministry now, and the three of us have a long way to go to reach the standards of knowledge, wisdom and sacrificial love that Bob has set. Bob represents to me what it looks like to ‘give up your life for the sake of the gospel.’”

Over the years Bob has also built up a fruitful ministry in his home church. He got connected with Xenos through Never Alone, and initially he only joined a home group because it was required in order to keep serving in the addiction recovery ministry. Twenty years later, Rosy Talarzyk knows him as a faithful worker and a trusted co-leader who’s able to bring levity to tough situations with his dry wit. She also praised he and his wife as gracious hosts.

“His professional position was a very responsible position in a company in Columbus, and he had a lot of responsibility, but nobody would know that about him,” Rosy says. “He’s very humble. He never toots his own horn or plays up his own role. But he has so much integrity. He has a terrific willingness to serve. He’s not afraid to step into situations that sometimes look really daunting. People call him that don’t even know him to ask for help, and he is so willing to step into the messiest situations and really bring a sense of calm, order, and hope to some pretty tricky situations.”

“Bob has been one of the most positive and engaging Home Church leaders I have had the honor of working with,” adds Xenos elder Ryan Lowery. “He has been an incredible source of support and wisdom for me, as my team and I have taken on the larger challenge of working with more groups. I believe Bob Graham is one of the great unsung heroes of our church. His care for people, his dedication to the Lord and His word, and Bob's unceasing determination to maximize his usefulness to the Lord is an example I will strive to catch up to my whole life.”