In a continuation of our series to introduce you to Xenos’ elders, the spotlight this week is on Scott Risley.

An Elder and Senior Sphere Leader at Xenos, Scott Risley has been a part of the church since 1996. At that time, Scott migrated from a small town near Mason, Ohio to Columbus to attend the Ohio State University. “When I came to Ohio State for college in 1996, my parents had some friends who knew about Xenos and they got me to go out to a college home group.” Impressed by the spirituality and relationships of those within the group, he was motivated to continue coming out. But Scott remained only partially involved for several months, until some of his friends in the church challenged him to open up and seek to develop much deeper, more meaningful relationships. Their encouragement led to him moving into a ministry house soon after. 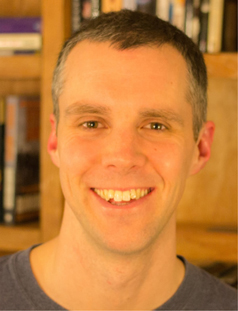 “I grew up going to church near Mason, Ohio, but I don’t think I actually became a Christian until the beginning of my senior year in high school...I grew up hating church because I never felt I could be real.” Scott explained that an essential factor in Xenos’ strength as a community is the emphasis placed on not settling for spiritual superficiality, but rather striving for excellence in biblical equipping. Aside from the Holy Spirit, the expository Scriptural teachings at Xenos were a nourishing means of helping Scott encounter God on his own, impelling him in his growth as a believer and church leader.

The youth and college ministries in Xenos have had a burst of growth in the past few years, one that Scott has witnessed first-hand as a college and high school sphere leader, as well as in teaching college CT and numerous classes at Xenos. For him, one of the most motivating aspects of working in these ministries is the chance to make an impact on these students’ lives because “that was a time in my life when I made a lot of big decisions and a lot of mistakes, too”. He included that opening his family up to students who, much of the time, have never seen an intact marriage or safe household is an amazing blessing. Many of these students have revealed the hope it gives them - that marriages and families can actually work. Recently, Scott has also seen high school students that are more spiritually engaged and driven than ever; students who are pursuing their own relationship with the Lord and eagerly seeking to serve his Kingdom.

In 2003, Scott married his wife Chris. The pair are now constantly entertained with two children on board, Sophia and Matt. As for the future? “I'm going to do my best to ensure that Xenos stays focused on its commitment to Scripture and radical grace and every-member ministry,” Scott replied, along with pushing for maintaining significant involvement in each other’s lives. His hope is that “we continue to be the kind of church that reaches people who aren't interested in church”.