“We didn’t have any kind of plan to establish Xenos,” Gary replied when asked what led him to help establish the church. “We just started Bible studies when we got opportunities.” They were eager to establish a biblically-rooted group founded on the dynamic of the New Testament church. More than forty years later, God has grown Gary, and Xenos, in amazing ways.

At 18 years old, Gary was fairly new in his relationship with Christ, excited and ready to be used wherever God led him. His friend Dennis McCallum and his mother, Martha, encouraged Gary to realize that God could work through him to lead others to His truth. After walking with the Lord for about a year, Gary came across a book that entirely realigned his walk with Christ. In reading “Presenting Ourselves to God”, a chapter from Christian apologist Watchman Nee’s book The Normal Christian Life, he realized he needed to submit his whole life to God. He did, and shortly after, God’s calling for his life grew even more evident.

“...I began to have a burning desire to teach God’s word. No matter what I would be praying about, I would find myself saying ‘If I could teach Your word, that’s all I want to do’.” God soon began giving him abundant opportunities to do just that. Over the next few years, God confirmed that calling to teach in a number of ways, affording him an assurance to continue on that path. Since the church’s inception in the early 1970’s, God has allowed Xenos to develop in significant ways. "There are a lot of things we have tried that haven’t worked out," Gary notes.

But focusing on God’s grace, evangelism, discipleship and real body-life have always been unwavering. The Lord has “raised us up to be this kind of church, and he has kept his hand on us despite many mistakes. I hope we never lose those emphases because they are the heartbeat of the New Testament church”. The main thing, Gary mentions, is being faithful to what God asks of us; being faithful in our decision to take up new lives in Christ. We need to be faithful “day-in and day-out, year-in and year-out” in being in the Word, going to the Lord in prayer, witnessing to non-Christians, discipling those God gives us, building people up, using our gifts to serve others.

If we are faithful in this and anything else He asks of us, Gary continues, God will “put us where he wants us to be and he will bear fruit through us. Then we can look back and be amazed that he did so much through messed-up people like us!” 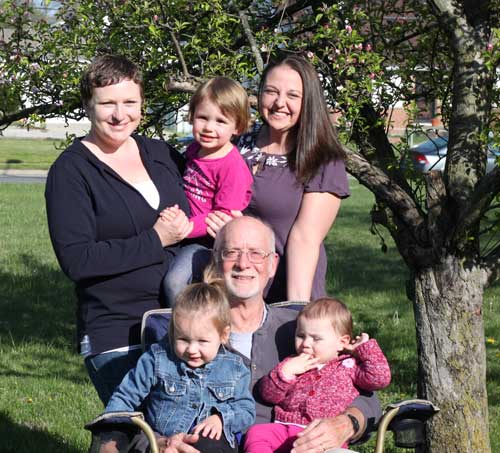 In his spare time, Gary enjoys catching up on reading. The Lord of the Rings series have remained his favorite fiction books over the years. He loves visiting Aladdin’s Eatery in Clintonville with his wife, Bev. And he enjoys spending time with his family: his two daughters, two sons-in-law and four grandchildren.